International Politics graduate says: "we are constantly being told that boys need more black male role models, but we are all here already"

A high-flying MDX graduate who fled Zimbabwe as a teenager was behind one of this year's most eye-catching Digital Out of Home media campaigns, to celebrate the successes of black men in fields from medicine to finance to hospitality. 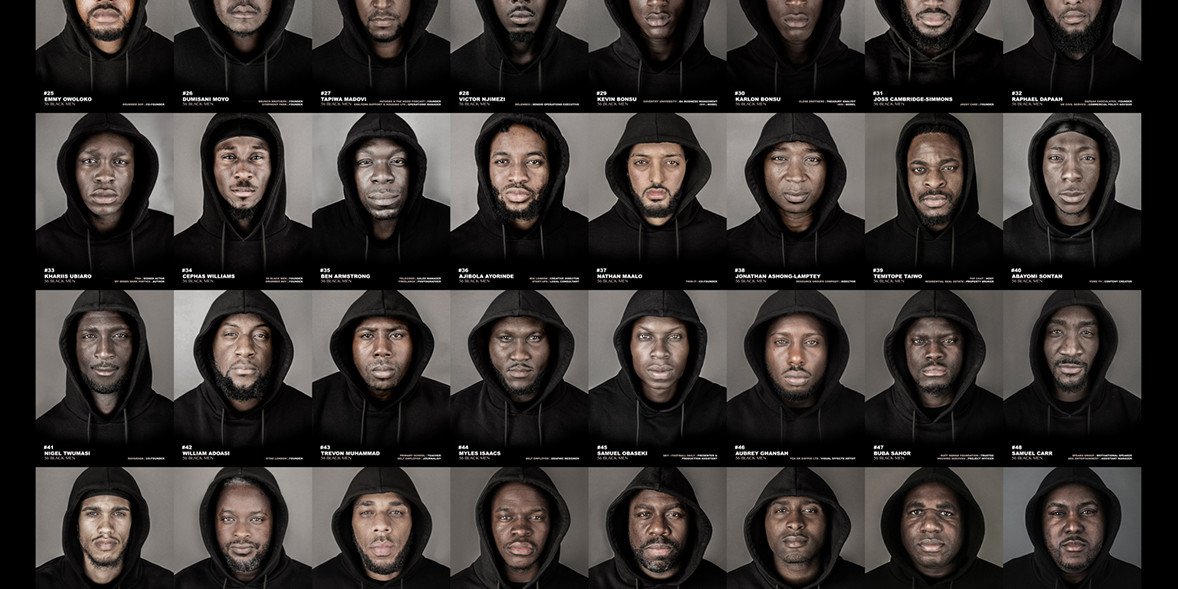 Civil servant Harry Phinda is Operations Director of 56 Black Men, founded by social entrepreneur Cephas Williams to counter negative media stereotypes and ensure black men "take the lead on our own conversation". The campaign, which appeared on electronic billboards in the spring, centred around a set of striking portraits of black male professionals dressed in identical black hoodies, with accompanying text introducing the men and listing their achievements; among them is Tottenham MP David Lammy.

The project's name refers to the number of black people murdered in London in 2017. Having attracted coverage in outlets including the Guardian, Metro, the BBC, Sky and al-Jazeera, the team is now crowdfunding to take the campaign to the next level by organising exhibitions and workshops and hosting conferences.

Phinda came to the UK in 2007 and grew up in Croydon with his mother and sister. He studied politics at MDX, graduating in 2017. While still at university he co-founded Youth for Change, which grew from a one day event into a global advocacy movement to protect women and girls. Since it was set up, the group's volunteers have trained more than 100 teachers at Harris Academy schools in South London in spotting the signs of FGM and forced marriage, and educated hundreds of people in the UK, Tanzania and Bangladesh about preventing gender-based violence before it happens. 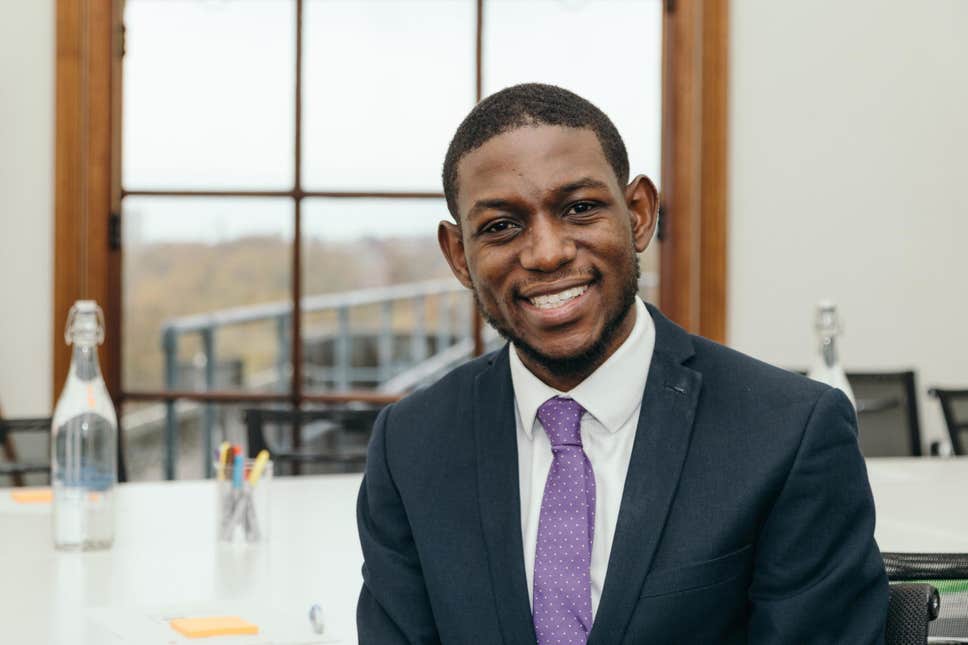 On the strength of this work, Phinda won a Queen's Young Leaders Award in 2018, earning praise from Prince Harry. In addition to his role at 56 Black Men, he has served as a trustee of UNICEF, been a youth delegate at a UN High Level panel and presented live interviews with speakers and panellists at the Commonwealth Heads of Government Meeting 2018.

"We are constantly being told that boys need more black male role models" he adds, "but we are all here already. It's just that people aren't interested in celebrating that."