Middlesex recognised one of our notable alumna at this year’s Winter Graduation yesterday.

Claire’s links with Middlesex go back three decades when she was a student at the University. She studied Social Policy part-time while working as a ward sister and matron. Earlier this year she was awarded a CBE in the 2019 New Year Honours list for Services to the NHS.

Claire has been the Chief Executive of Central and North West London (CNWL) NHS Foundation Trust since January 2007 and is also a registered Nurse. Over the past 35 plus years she has held a series of positions working in community and mental health, substance misuse and learning disabilities services. 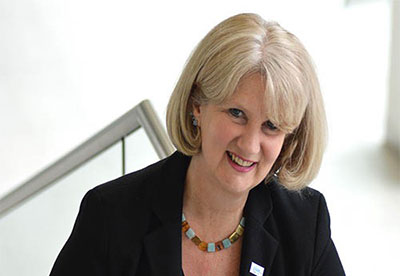 “I am very honoured to be recognised by the University in this way. This is a particular pleasure for me.

Having spent 35 years in nursing, the importance of education along with compassion, skill and dedication are as important to the profession as ever.” - Claire Murdoch

In June 2016 she was appointed as National Mental Health Director at NHS England (NHSE)  and has been working with the NHSE Mental Health Policy and Programme Team to deliver the 5 Year Forward View for Mental Health and more recently NHS England’s Long Term Plan.

In July 2019 she took on responsibility as the Director with oversight of NHS England’s Learning disability programme.

Learn more about Nursing at Middlesex.