Former Mdx art student turned heavyweight boxer and Olympic silver medallist is set for the biggest fight of his career.

Joe Joyce graduated from MDX with a fine art degree in 2009, will face Daniel Dubois at the O2 Arena in London on April 11th. 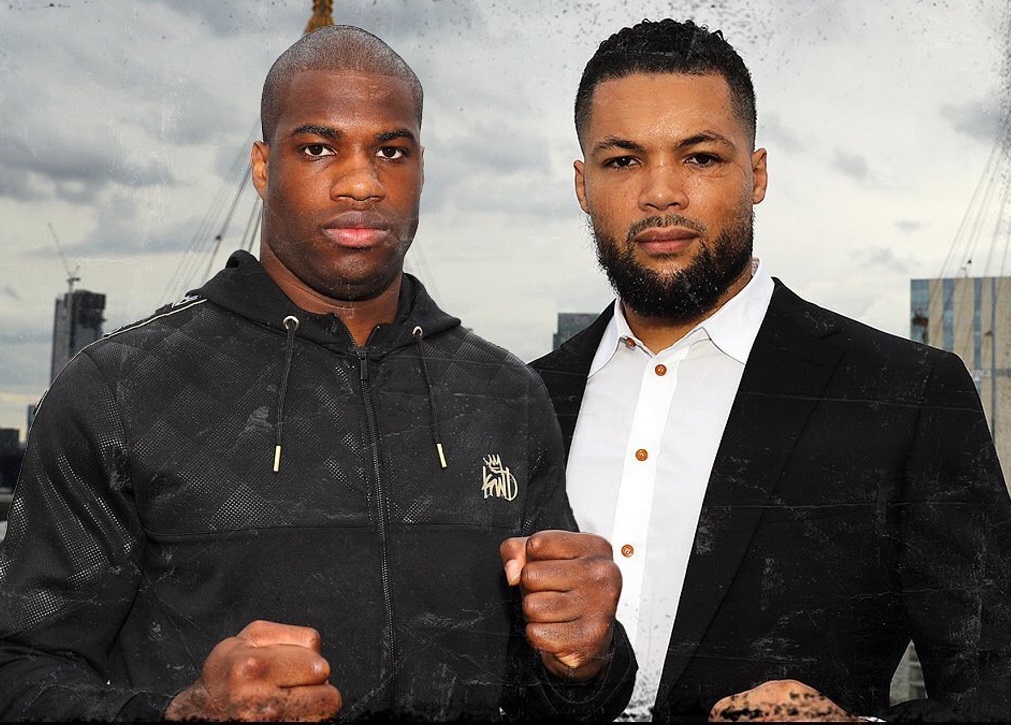 The British and Commonwealth title fight announced last Friday is an eagerly-awaited because both Joe, 34 (right) and Dubois, 22 (left) are undefeated and tipped to become world champions.

“This is a major fight - a real snakes and ladders fight,” Joe told us.

“One will step up the ladder or cross a big snake.

“I’ll be training diligently in the run up to the fight.”

Daniel Dubois has ranked third in the WBO (World Boxing Organisation) rankings so a win could put Joe in contention for world title fights.

After injuries stopped Joe's dreams of a career in athletics as a long or triple jumper. He learned to box while a third year postgraduate.

With his competitive drive and natural sporting ability, Joe made a successful amateur career that led to a silver medal at the Rio 2016 Olympics.

Since turning professional, Joe has knocked out nine of his 10 opponents including top fighters such as American, Bryant Jennings and Canadian, Bermane Stiverne.

Boxing pundits have praised his toughness and relentless style.

However, he faces Dubois - the young British and Commonwealth title holder with an equally admirable record who has been likened to World Champion Anthony Joshua. 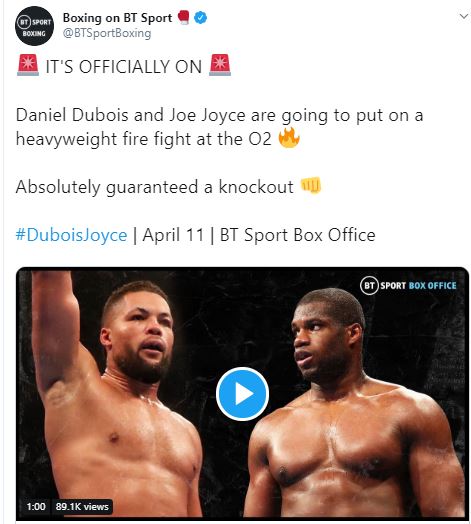 Veteran boxing promoter Frank Warren – who manages Joe and Dubois – described matching Dubois against an experienced opponent such as Joe as the “biggest risk” of his 40-year career.

Joe told us “All the British boxing fans and even casual boxing fans have been very interested in the fight.

“It is going to be an exciting from the start - with lots of exchanges.

“His chin hasn’t been tested yet but I guarantee his chin will be tested like never before on April 11th.” 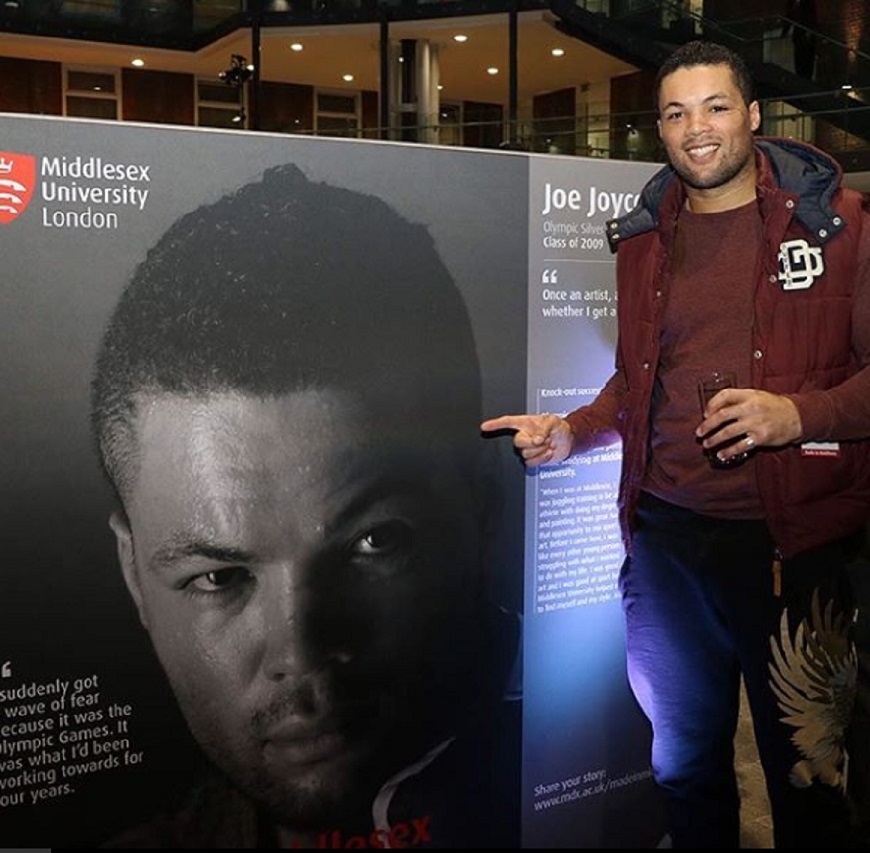 Despite the success in boxing, Joe's still has a passion for painting and he is considering further studies or teaching art.

The Putney-born fighter began oil painting from the age of seven as his dad was a fine art lecturer.

He added: “I was like every other young person, struggling with what I wanted to do with my life.

Despite the extreme difference, Joe said both painting and fighting met his motto to “continually improve myself".

“With painting, the more you paint the better you get and it’s the same principle with boxing,” he added.

“My sole focus is boxing at the moment..But my long term thought is to do a Master’s after I've retired from boxing and to start it up again.”

Find out more about studying fine art at Middlesex University