First-class BA Honours students Jerry, Oriana and Cheniece describe their experience of finishing their degree in the year of the pandemic

Today is National Graduates Day, organised for the first time by Universities UK to celebrate the resilience and achievements of the Class of 2020 whose final months at university have been unavoidably impacted by the Covid-19 pandemic.

Dan Snow, Russell Brand, CBI Director-General Carolyn Fairbairn and NUS President Larissa Kennedy are among public figures who have taken to social media to congratulate graduates and reassure them their skills and qualifications are needed more than ever. In honour of the inaugural National Graduates Day and in the absence of graduation ceremonies on campus this month, we’ve spoken to a few of our dedicated and high-achieving graduates from across different programmes. 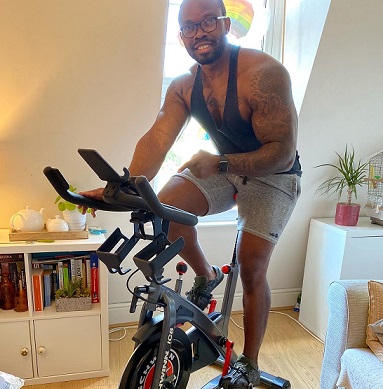 Jerry Okoye has graduated with a First Class degree in Sports and Exercise Rehabilitation, with a particularly strong performance in his dissertation. In the autumn, he will begin a Master’s in Strength & Conditioning at MDX. Jerry has more than 10 years’ experience as a personal trainer, and recently has been running online spin and bootcamp classes, and one-to-one and group sessions in a local park with a broad mix of exercise including boxing and yoga.

This Saturday 1st August, Jerry is opening his own sports injury clinic at Zone Gym in Haringey. He will continue to offer indoor and outdoor personal training sessions alongside working with his sports therapy clients.

During lockdown, Jerry volunteered both as an emergency responder in his community and as a bank domestic at the Royal Free, inspired by the treatment he had received when he was diagnosed with the auto-immune disease sarcoidosis five years ago.

At the hospital, he sanitised and sterilised surface areas and helped out in some non-Covid wards. “I wanted to give something back. I also knew that as a very active person I would feel useless if I wasn’t doing anything,” Jerry says.

But a few weeks into the role, he received a text message from the government warning he was high-risk because of his auto-immune condition, and he followed the advice to shield, initially on his own in the flat he rents close to Middlesex. 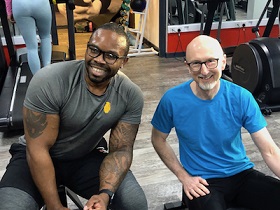 He used the time to complete his studies – which he says he was well ahead with before the provisions against Covid came in – and facilitate other students’ online learning in his capacity as a senior Student Learning Assistant. Later on, after he had returned to his partner and daughter in Crouch End, he took part in MDX’s Black Lives Matter Forum student and staff panel alongside Vice-Chancellor Nic Beech, and in the MDX Covid Support podcast with other students and alumni.

“I am overwhelmed with joy and pride!” Jerry wrote when he received his results. “I didn’t become a university graduate with a First Class Honours to just have a title. I studied to help people with their injuries, educate them and improve their lifestyles. I have been through so much in life to know that if and only if you put your heart in everything you do, you will be rewarded abundantly. Bring on the Masters and many more challenges”.

Jerry thanks MDX sport and exercise science alumnus Josh Jackman, his mentor since his first year when he participated in his PhD research, visiting lecturer Keith Gladstone, an osteopath and performance coach, for giving him motivation, and Jack Demetriou, England Under 23 football team physio and Barnet and Southgate College lecturer who he calls his “physio Dad”, for taking him under his wing during his placement at the College. He also pays tribute to his other half, primary school teacher Marta Almeida for being one of his biggest inspirations – “she had my back like I had hers just before she graduated last year” – and his Dad, who passed away two weeks before he was accepted onto his higher education access course at City & Islington College, and was delighted at Jerry’s decision to go back to studying after ten years. 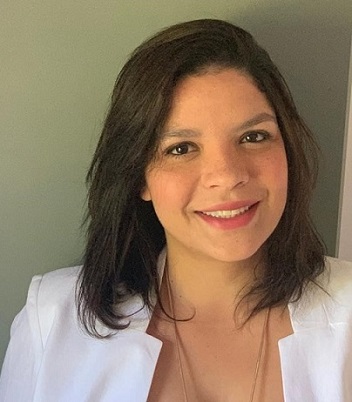 BSc Biology (Molecular Biology) graduate Oriana Montes has won a Royal Society of Biology Top Student Award for getting the highest percentage in a bioscience degree in her cohort at MDX. In the autumn she begins a Master’s at Queen’s University Belfast. She dreams one day of becoming a researcher into mosquito-borne diseases such as malaria and Dengue fever in Africa.

“I still can’t believe it!” she says about the message congratulating her on the prize that her tutor sent her. She thanks everyone who taught her during her time at MDX, including her technical tutor Anneke Prins, for their wisdom and support.

Her favourite project during her course was her final dissertation, on genetic variation in beadlet anemones, Actinia equina. Oriana says she liked it “because it was an individual and challenging project, which I took almost one year to complete,” adding that as well as boosting her research techniques, the skills and knowledge she gained equipped her well for work situations.

She found the beginning of lockdown “incredibly stressful” as she wasn’t able to get into the laboratory to finish her dissertation - she’s grateful for the support MDX gave students by extending assignment deadlines and allowing 24 hours to complete exams.

The great sadness of lockdown, she says, was not being able to say a proper goodbye to friends, or celebrate graduation together, having made so many plans about how they would mark the end of their exams.

Oriana came to MDX as a mature student, following recommendations from friends who were MDX alumni, a few years after completing high school in Brazil where she grew up. She worked as a Student Learning Assistant and sometimes as a Student Ambassador alongside her studies. Her daughter Alicia, now 7, is her main inspiration for going back to university and into the world of research – “she’s beautiful, smart and so proud of me” says Oriana. “I thought I’ll make her more proud”.

Last year Oriana undertook an eight week work placement at London School of Hygiene and Tropical Medicine, where her main role consisted of applying bioinformatics to control characteristics for genetic material exchange between three subpopulations of Plasmodium knowlesi, a parasite that causes malaria. Also during her time at MDX, she competed in a pilot lab technician competition at WorldSkills UK in Birmingham, and independently enrolled on a summer course in genetics at a university in Istanbul. 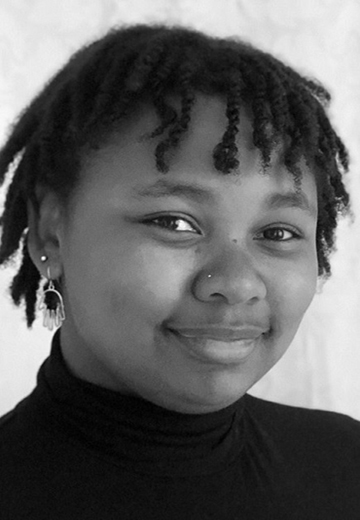 Cheniece Warner has graduated with a First Class degree in Dance Practices (Choreography). At MDX her work has included collaborative projects with interior design, fine art and music students and others. Her favourite third year project was a collaboration with Wimbledon College of Arts BA Theatre Design students. Another of her interests is making photographic explorations of the human body in stillness and motion.

During the stay at home stage of the pandemic, “Zoom calls meant module workshops could take place in the run up to our final submissions, while allowing dance classes to resume with tutors, which provided a break from the intensity of studying in lockdown” she says. “MDX really aimed to accommodate students during this time and even though it was not the typical end to a degree, I am really happy with how it went”.

Earlier this year, Cheniece was one of 28 MDX students who took part in outdoor mass participation dance event RISE which marked the beginning of Brent’s year as London Borough of Culture. Alongside professional dancers, MDX students helped lead groups of volunteers from schools, dance clubs and community groups in the performance.

“I’ve loved every moment of it and there is so much joy in it all,” she said at one of the final rehearsals. “Everyone is so open and ready to learn”.

“We created the piece 'It Defines' that explores the concept of an individual’s identity and looks into the pros and cons of asserting that identity in society, through text, spoken word, visual arts and improvisation scores” Cheniece says.

Cheniece describes choreography “as an endless pool of possibilities. To grow with others, and construct work that is a culmination of both personal and creative endeavours is wonderful”.