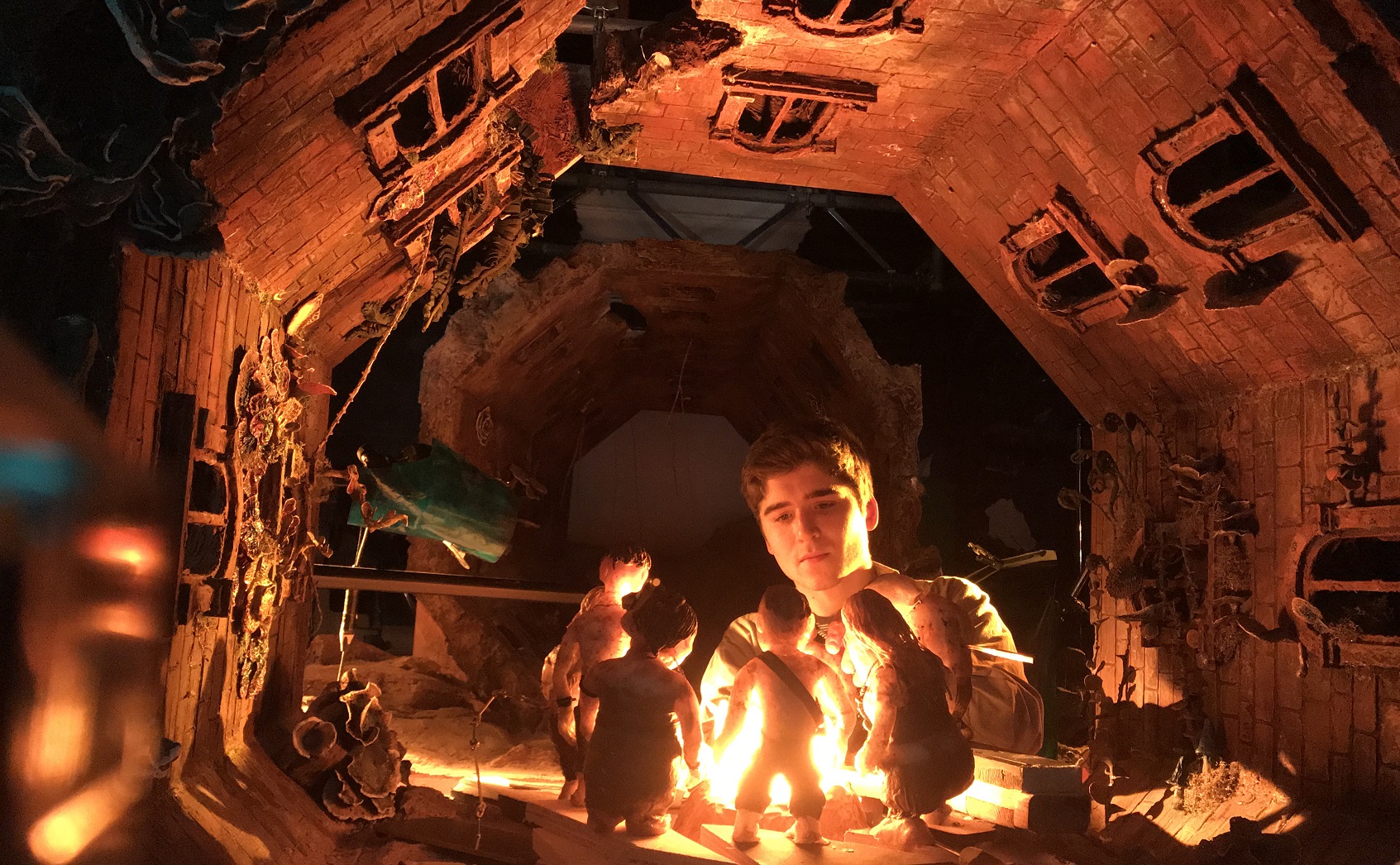 Two MDX graduates are prizewinners at the 2021 Royal Television Society (RTS) Student awards - the premier UK awards for screen students - while a third is nominated for a Global Student Accomodation (GSA) BAFTA.

At RTS's online ceremony on 25 June, Zuzanna Pencak, who graduated from the BA Film programme in 2020, received the Undergraduate Sound award for her work on third year MDX student film Yard Kings. 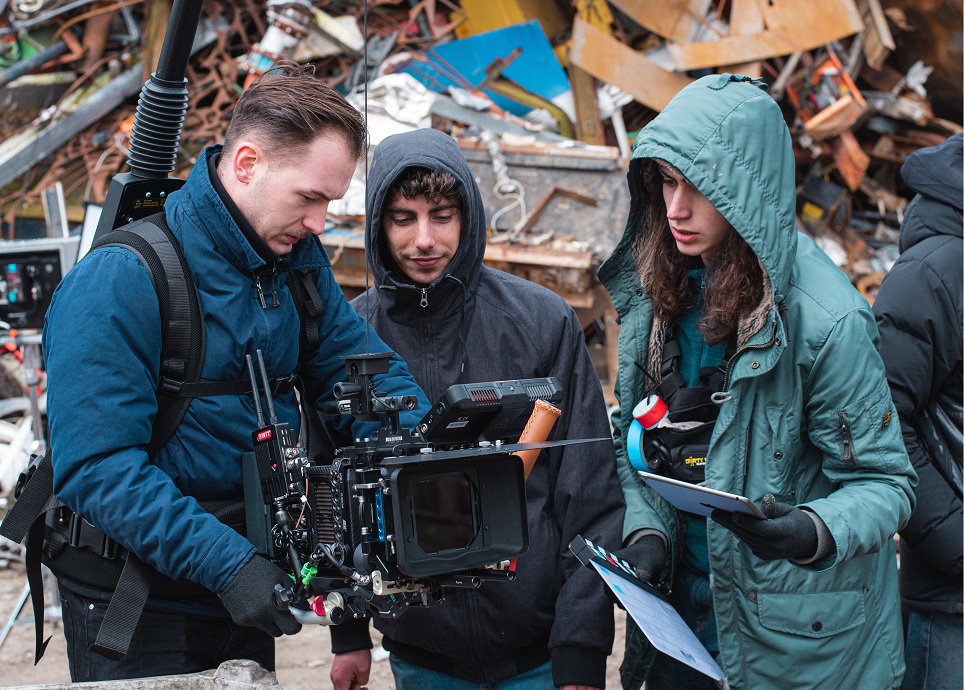 Daniel Quirke, who graduated with an Animation BA in 2017 and is now teaching on the Animation course, won the Postgraduate Animation prize for The Song of a Lost Boy, a stop motion film he made with coursemates at the National Film and TV School in 2019-20. The film also won the Postgrad Production Design award. 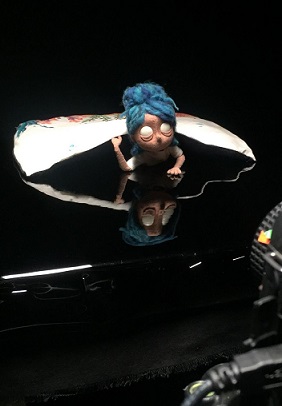 2017 Animation graduate Ida Melum has been shortlisted for a GSA Animation BAFTA, to be presented in Los Angeles later this month, for Night of the Living Dread.

Yard Kings was also nominated for four other RTS prizes: best Undergraduate Scripted film, and craft awards for Camerawork, Editing and Production Design. Song of a Lost Boy was nominated in the British Short Animation category for this year's main BAFTAs ceremony in April.

Yard Kings is about 11 year old Ellie, who can't stand her mother's new partner, and her friendship with a cocky young boy with whom she explores a scrapyard.

Song of a Lost Boy uses wax figures to tell the story of a choirboy who runs away after his voice breaks and joins a band of nomads.

The RTS jury praised Song of a Lost Boy's "unique style and message of acceptance told in such an interesting and original way" and the "deep thought" and "excellent choices" that had gone into the design and materials. They praised the on location sound recording for Yard Kings as "very impressive" and "a compliment to the skill of the designer".

Senior Lecturer in Creative Media David Heinemann said he was "delighted" for Zuzanna and the Yard Kings team. 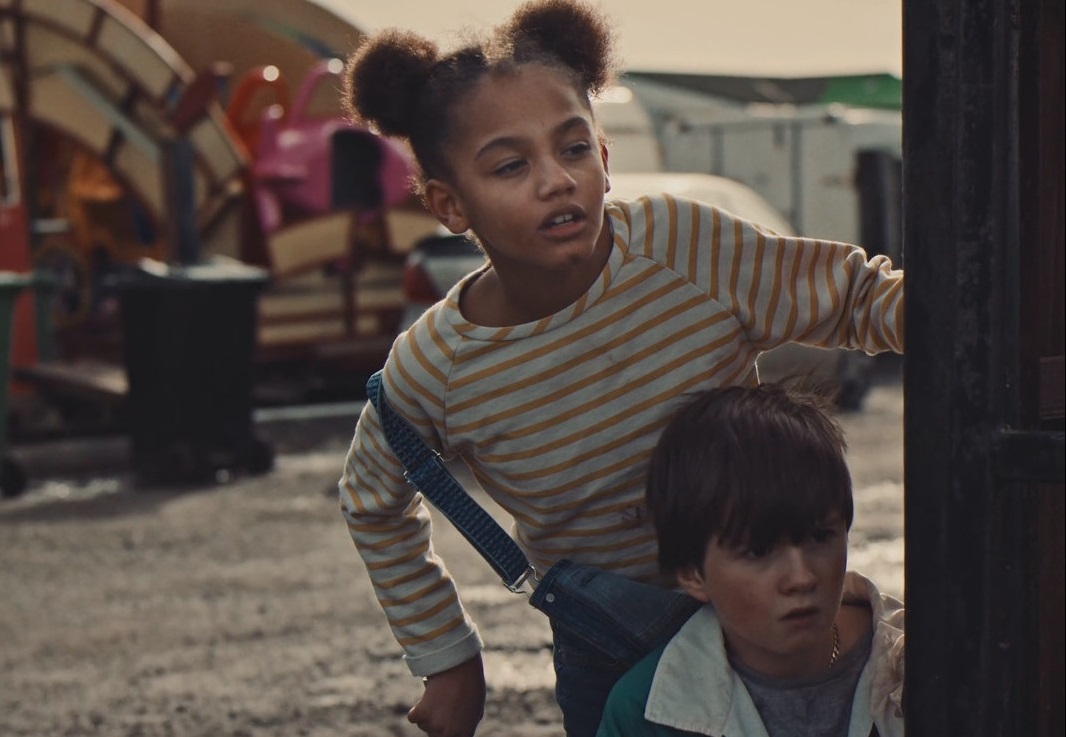 "Zuzanna not only recorded excellent location sound in difficult circumstances but put innumerable hours into the post production to achieve a result at once naturalistic and expressive," he added. "Due to the pandemic she couldn’t make use of the university’s facilities and had to create a sound studio in her home. Wonderful commitment and creativity!”

Senior lecturer in film Eddie McCaffrey said that films like Yard Kings "speak volumes about employability: the high standard of work and discipline demonstrated... The amount of effort and energy needed to go out on cold winter days, to raise money, keep people safe, organise transport and accommodation, deliver a script on time and on budget, demonstrates the 'soft skills' that are exactly the skills needed in industry". 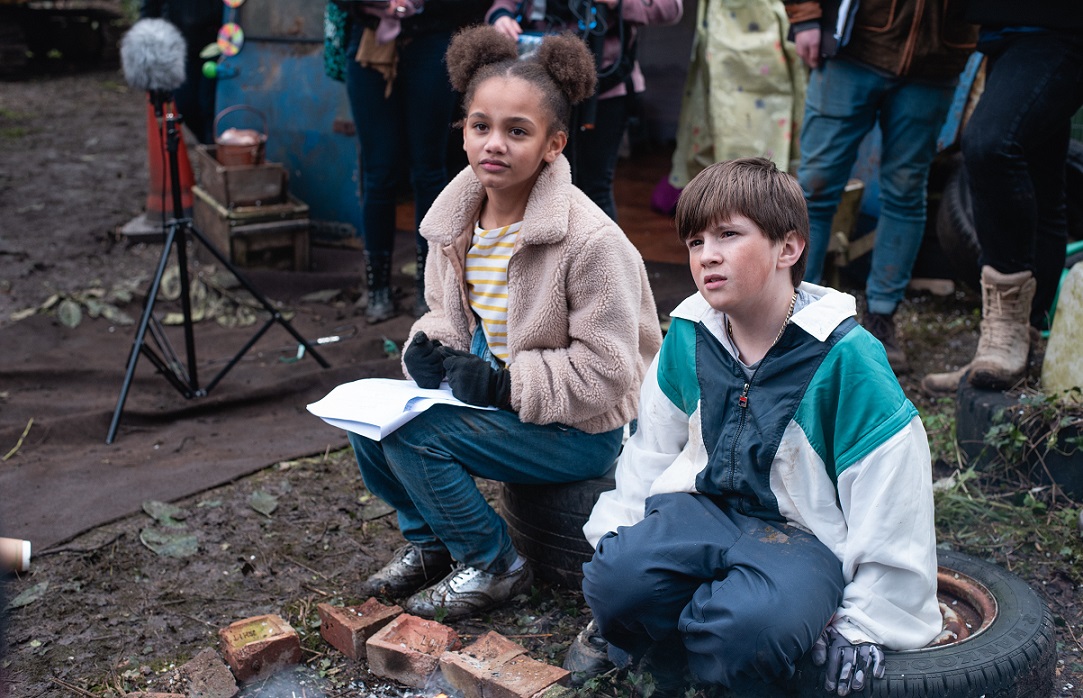 Daniel, who was a co-writer on Song of a Lost Boy, says the story was inspired by his experiences growing up in a religious family, and then developed through extensive conversations with the screenwriter and producer, "carving out feelings out of the themes discussed". They studied films, sculpture and particularly architecture and landscape to work out the look of the film, which has moments reminiscent of Mad Max. 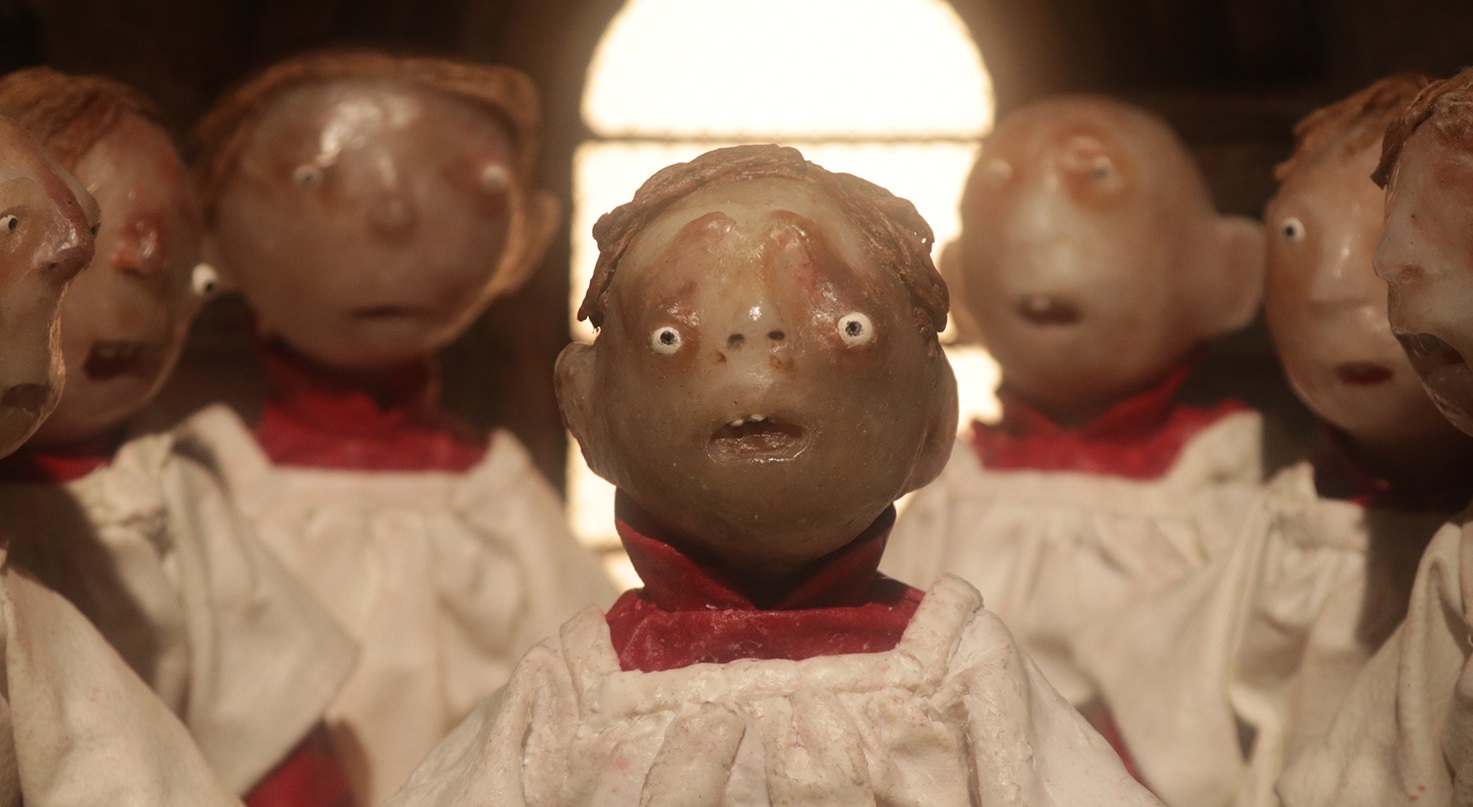 Daniel was keen to work with wax, which has connotations of purity and "heightens jeopardy - the heat of the sun is a danger to the puppets themselves". The way that wax picks up dirt gave the puppets a distinctive character, and there was a challenge filming in different conditions in winter and summer, as the models became very soft in the heat and had to be put in the shade after a sequence, while the cold was worse as they turned "quite brittle, cold and difficult to bend".

Daniel was drawn to the MDX Animation course because of the facilities and the reputation of lecturers as "big names in the UK animation industry," he says. "It was a good blend of teaching the technical side, and allowing you to experiment with animation technique," he adds. He was "really pleased" when Jonathan Hodgson offered him the opportunity to join MDX as a lecturer to teach first year students. "I thought [teaching] was something I would like to do some day. I didn’t know it would happen as soon as it did".

"I was absolutely thrilled to hear the news about Daniel's double success at the 2021 RTS Student Awards" says BA Animation programme leader Jonathan, himself a BAFTA winner for 2018's Roughhouse. "Lost Boy is highly personal, beautifully produced and richly deserving of the accolades it has earned so far. 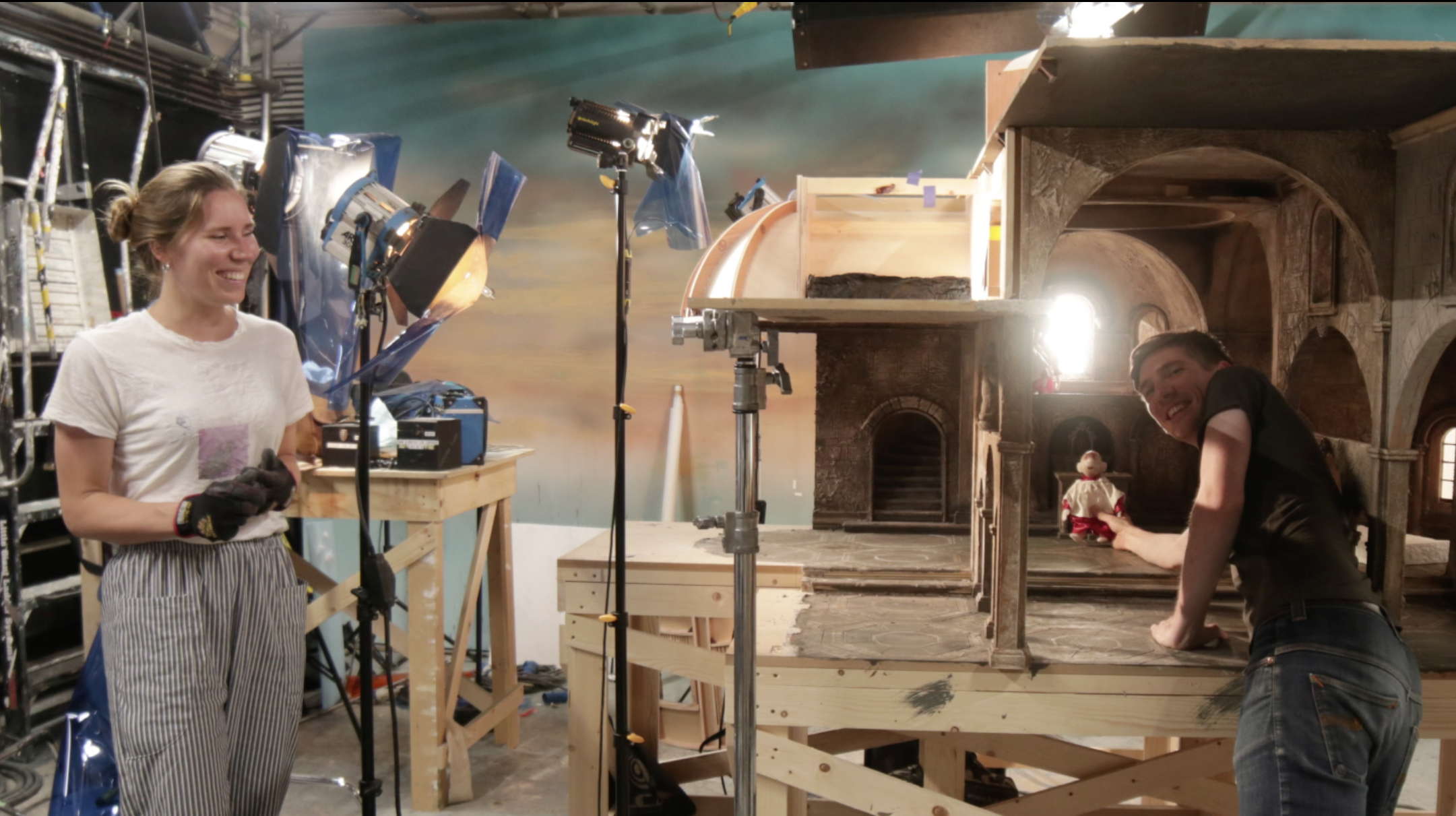 "During his time as a student on BA Animation, Daniel worked incredibly hard and with great dedication, always bold and original with his ideas and soon becoming highly skilled in all areas of animation production. He graduated with some really impressive short animations under his belt and we were delighted when not long after, he was offered a place on MA Animation Direction at NFTS.

"After Daniel graduated from the NFTS I was keen to persuade him to come back and help out on the course, and luckily for us he agreed. It's brilliant to have him on the Animation academic team not just because he is a great filmmaker and so good technically, but also because he totally gets the ethos of the course and is a huge inspiration to our young, aspiring animation directors". 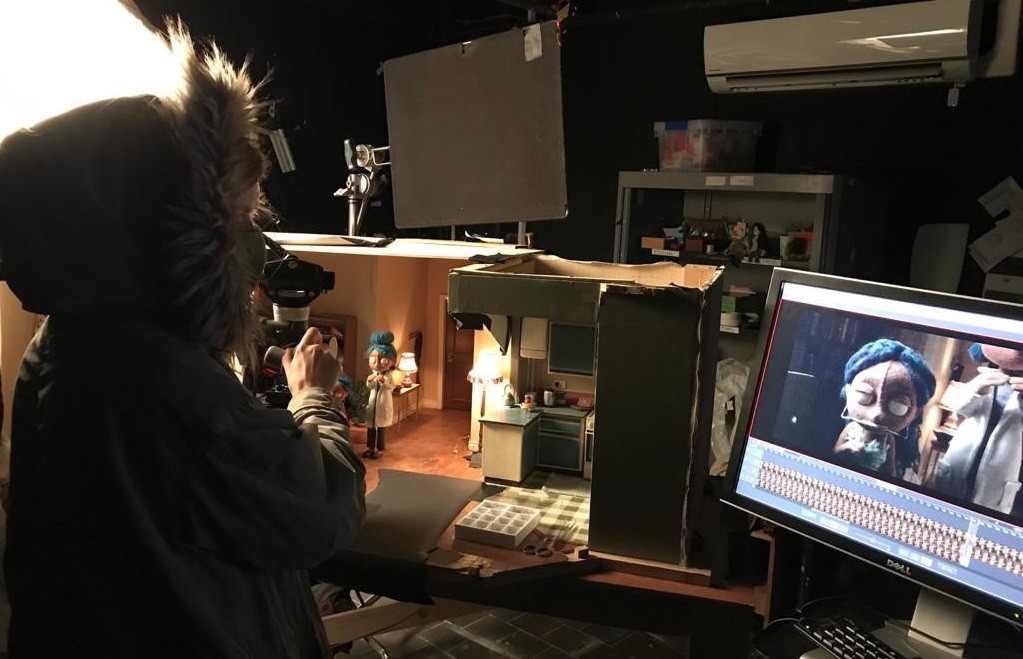 Ida says it was "really humbling" for her stop motion animation Night of the Living Dread, made at NFTS, to have been selected for a GSA Bafta, an award open to university and college students around the world which will be announced later this month. The film tells the story of an insomniac woman who is haunted by visitors from her past life and is "about anxiety, overthinking and self-acceptance", she says.

"A lot of my films are based on very mundane things and I take them to the extreme" says Ida, whose influences include Scottish writer, director and animator Ainslie Henderson and creators of the Lego Movie, Phil Lord and Chris Miller. She is currently working on a David Attenborough BBC nature documentary. She says the MDX Animation course "taught me to be a film-maker. You are tiny tiny film studio all on your own - you write scripts, direct actors, build puppets. It makes you try everything. I really appreciated that when I came to NFTS".

Osbert Parker, who taught Ida in her third year at MDX, says it was "a pleasure nurturing her growth into an imaginative animation director," hailing in particular her understanding, as a former actor, of story and performance. "Regularly at the top of her high-achieving year group, she consistently demonstrated personal and emotionally compelling work, developing a unique voice and personal vision" Osbert says, adding that she was "modest and self-effacing... giving, collaborative and inspirational" in her contributions.