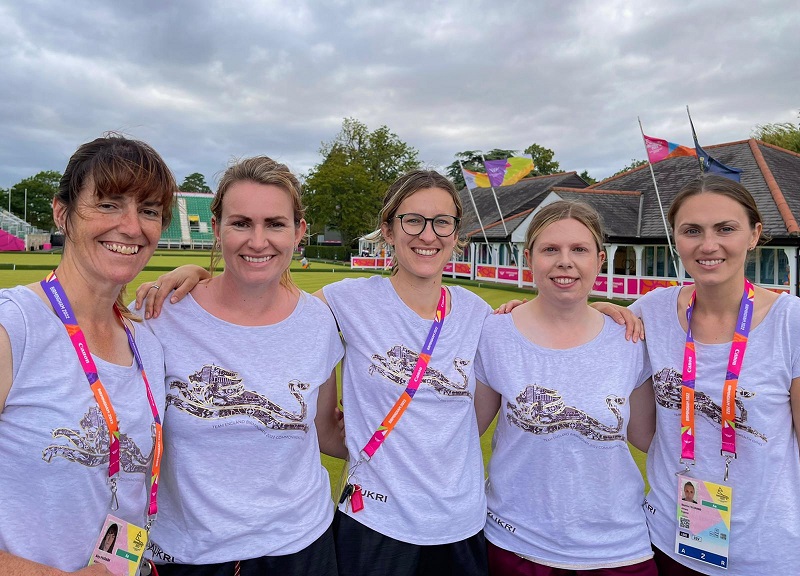 Here, in her own words, she describes the journey to Birmingham 2022, where she will skip the women's triples and fours teams. Play starts today (29th July).

"As a five year-old I’d challenge my grandparents to a game of carpet bowls in their bumpy uphill garden, taking 50 pence off of them every time I won a game.

I can only hope that they’re looking down on me all these years later as I prepare to represent England in the lawn bowls team at the Birmingham 2022 Commonwealth Games.

My sister and I have many happy memories of spending Saturday mornings at the local bowls club with Nan and Grandad and eventually our pleas to let us on the pristine green to have a go were granted.

I never looked back.

Naturally sporty, I was hooked straight away and relished the Saturday evening junior training sessions because it was a safe space away from the bullies at school.

Now as I prepare to embark on my fourth Games, I'm immensely proud of what I've achieved in the sport that I love.

When I was selected for my first Commonwealth Games in Delhi I'm 2010, my life was very different to the one I live now.

In my second year of university and working as a sports coach in a school during the summer holidays, I had to hide in the equipment shed to take the call that I'd made the team.

I couldn't really believe it and probably nor could the rest of the bowls world because the management had taken a massive chance with an incredibly young women's team.

It was one that paid off because we all returned with a medal. 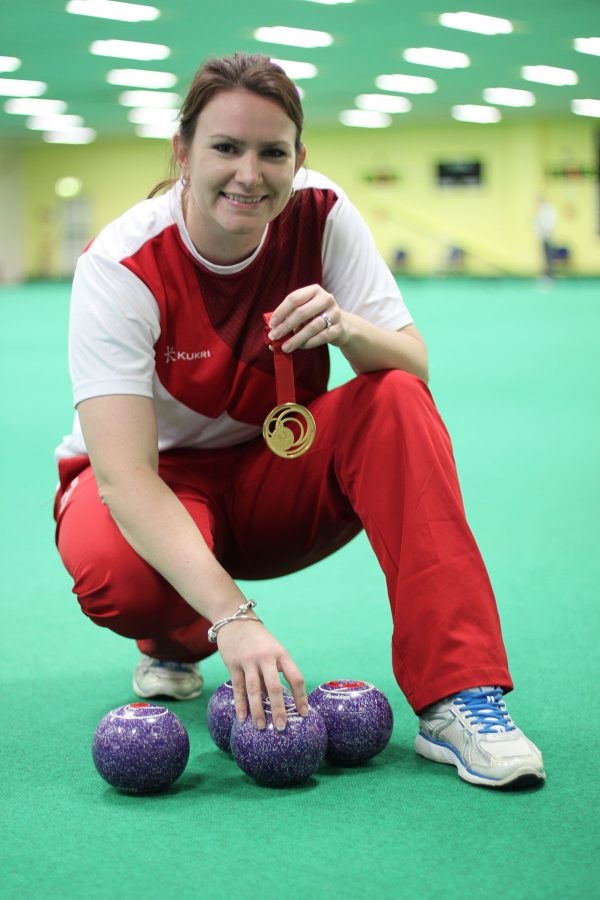 I skipped the triple (this means I play my bowls last in the three woman team and guide the other players) and we agonisingly lost the semi-final on a fluke on the last end which meant picking ourselves up to play the home side India in the bronze medal playoff.

Dame Kelly Holmes came us to us while we were having a team talk and told us to take our chances and make sure we did our best. We were a little starstruck but held on to her words as we started the game.

With the margins of returning home empty handed or the glory of a medal so fine, it required considerable mental toughness to emerge victorious. I knew at that point that I wanted more, I wanted to improve on bronze and continue my bowls journey, competing at the highest level at every opportunity that came my way.

Glasgow in 2014 was at the time the closest we thought we'd get to a Home Games.

This time I skipped the fours and the triples and once again we had to dig deep after a disappointing end to the fours which saw us dip out of the medals.

It made us fight harder in the triples and after an unprecedented 22-4 win against Australia, the gold medal was ours.

The feeling of standing on the podium with your friends singing Land of Hope and Glory is hard to describe and impossible to match. It was so special and incredibly emotional.

As bowls is not an Olympic Sport the Commonwealth Games is the pinnacle and it's amazing to be regarded in the same way as all the other athletes.

The beauty of taking part in a multi-sport event is you are part of the wider Team England family, you're all in the same kit and other sports are so encouraging and supportive.

For a sport that struggles with the stereotype that it is just for older people this is incredibly important.

Four years in between Games is a long time and a lot of commitment and by the time the Gold Coast came around in 2018 I had two small children which changed my mindset. 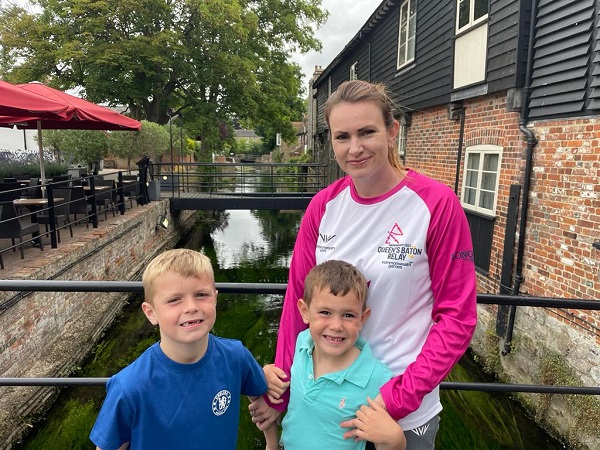 They've helped with my sense of perspective...whatever has happened on the green is forgotten sooner when you get home to two adoring faces who (so far) think you're wonderful; however badly you've played.

But they've also made me more determined to prove that having a family does not have to be a barrier when it comes to high performance.

Selection in 2018 meant a lot to me both as a bowler and a working mother.

My husband, whom I met through bowls, and I decided that I'd travel alone for the Games which was tough but the right decision for everyone.

When my family surprised me at the airport on my return, my sons were so excited to see the bronze medal I had worked hard for. 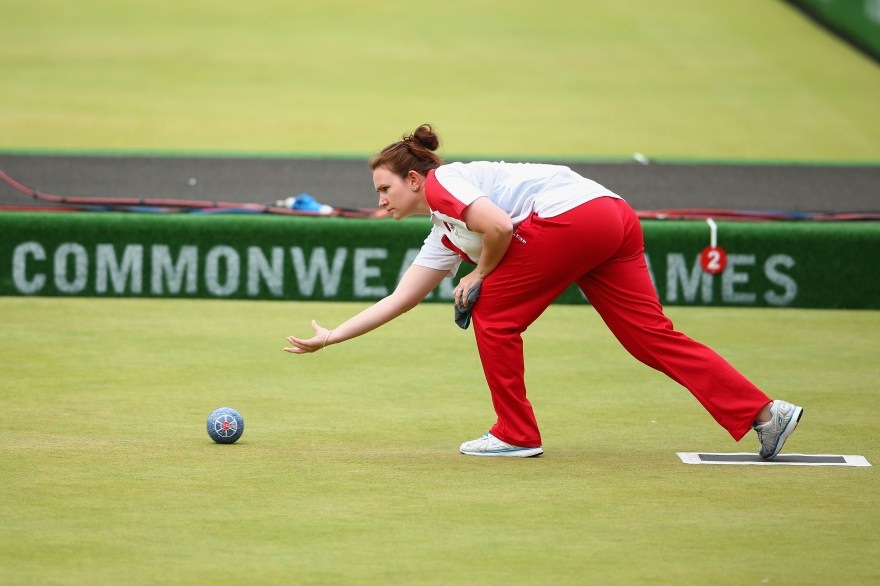 I'm so determined to show them and now my two year old daughter that if you work hard enough you can achieve anything you set your mind to.

This time round because it's a Home Games they can be there to see me in action. I just hope I can do them proud.

And so to Leamington, the home of Bowls England and the 22nd Commonwealth Games an English bowls team has competed in.

It's amazing that three of us from Delhi are in the women's line-up 12 years later alongside Sophie Tolchard who has played in two Games previously and Amy Pharaoh who has not played in a major overseas event since winning gold in 2010.

It's a great team; picked from the strongest squad I've ever been involved in. 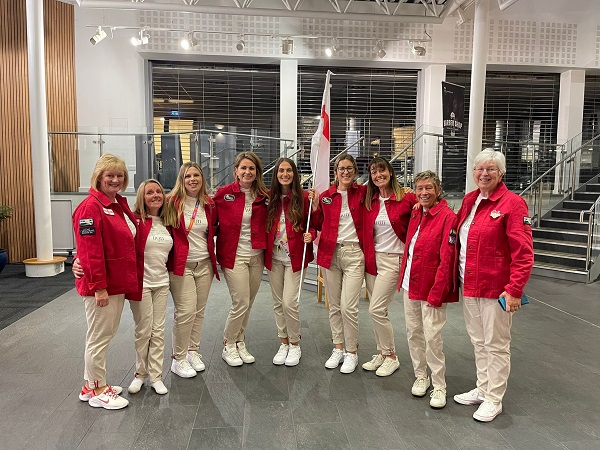 I had a particular lovely start to the Games because I was chosen to be part of the Queen's Baton Relay, running through the Westgate Towers in Canterbury.

It was a wonderful experience and I felt a strong sense of pride at representing the bowls community in a wider capacity on such a prestigious occasion.

It was emotional and overwhelming and there was a buzz of excitement and it really set me on the right path for the final preparations for the Games.

And now it is finally here after months of intense preparation- I can't wait to get started.

Bowls is a fantastic, inclusive and accessible game that has afforded me with so many opportunities. I've made the most incredible friendships and life experiences and travelled all over the world doing something I love.

I hope that Birmingham 2022 is a great showcase of this sport and inspires many others to get on the green and have a go.