Middlesex has received more nominations than any other university for the British Universities Film & Video Council Learning on Screen awards, in a record year for number of submissions. The awards are the UK’s only competition with the particular focus on celebrating film and media made for education and research, growing out of the BUFVC’s work in this area since 1948.

The nominations are in three separate categories and recognise films made by both Film and TV Production students.

Nomad City Blues (Student Postgraduate Award) is about the father-son friendship between an ex-IRA man and a Muslim boy drawn into a terrorist cell. Potty the Plant (Student Undergraduate Award) is a comedy musical paying tribute to cult classics such as Rocky Horror Picture Show. Jumping Borders (Student Documentary Award) is a film about a teenage gymnast with Olympic ambitions, while The Crossmaker, nominated in the same category, is an atmospheric documentary about an unusual cemetery in Romania.

"The MA programme encourages students to think outside the box" says Deborah Kilka, programme leader for MA Film.
"The approach and subject of Nomad City Blues is both bold and brave. The supervisor, Aidan Delaney, encouraged scriptwriter, producer and director Adolfo Vico to think how the concept of free will can blind us to the intentions of others." 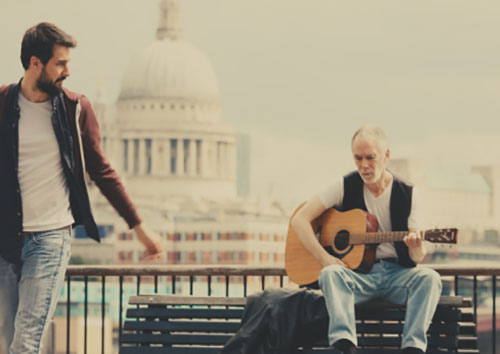 "The whole BA Film team are incredibly proud," says Senior Lecturer in Film Helen Bendon of a run of awards successes for her students. "If you say Potty the Plant in the Media department, you’ll struggle not to get a smile. The songs are so infectious that once heard, you find yourself singing them all day. It was a firm favourite with our industry guests at a BFI screening last summer, and is doing the festival circuit now".

“I’m just really pleased that all my hours of hard work are paying off with the recognition we are receiving,” says Potty the Plant director, Aeddan Sussex. 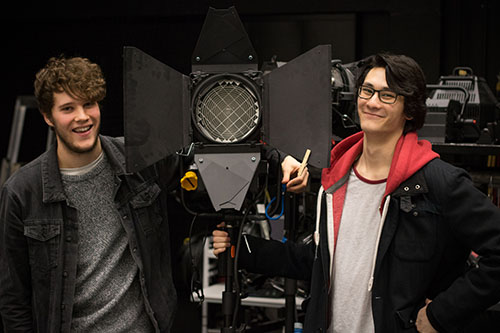 "Being nominated in the highly competitive documentary category was a great achievement in itself but Nora and her team can go one better in April!" says Senior Lecturer in TV Production Tom McGorrian, who oversaw The Crossmaker.

“Pushing me to go out and film something was my favourite thing about the TV production course. Filming The Crossmaker was challenging but such an amazing experience, a great culmination to my years at Middlesex,” says director Timea-Nora Keszeg, now working as a runner for creative studio Framestore. 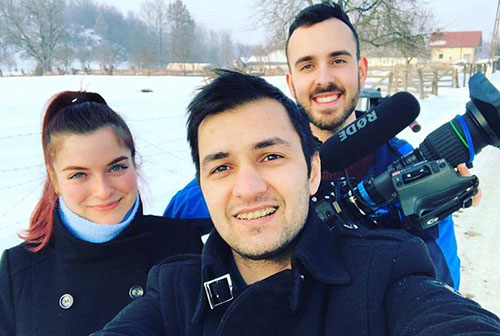 “Jumping Borders was truly an experience, full of tough challenges such as working in a very small team and travelling across different countries. The best part by far was putting our knowledge into practice”, says Danial Ahmad, Jumping Borders’ director of photography and a current first year MA Film student.

All the BUFVC nominees will be showcased and the winners announced at a ceremony at the BFI Southbank on the evening of 26 April.