Julia Samuel from London, a specialist in child bereavement support and author of the bestselling Grief Works which contains stories of love, loss and survival has been awarded an Honorary Degree today (13/07) at Middlesex University London.

In 1992 Julia established the role of psychotherapist for maternity and paediatrics at St Mary’s Hospital London, where for 25 years she supported families who had a child or baby die, as well as training and supporting the staff.

As Founder Patron of Children Bereavement UK Julia worked to launch and establish the charity in 1994, where she continues to be involved in many of the charity’s functions including fundraising, strategy and training.

She is also the Vice-President at the British Association for Counselling and Psychotherapy and was previously a tutor at the Metanoia Institute.

Commenting on Julia’s Honorary Doctorate, Professor Tim Blackman, Vice-Chancellor of Middlesex University, said: “By awarding an Honorary Degree to outstanding people the University is recognising achievement at the highest level as well as dedication to public duty and making a difference to others’ lives.

“I am delighted to be part of today’s ceremony and to congratulate each of our honorary graduates on their incredible achievements.

“Graduation is not only an opportunity to celebrate the wonderful achievements of our graduands but also to look forward to the opportunities that lie ahead because a Middlesex University degree opens up a world of possibilities”. 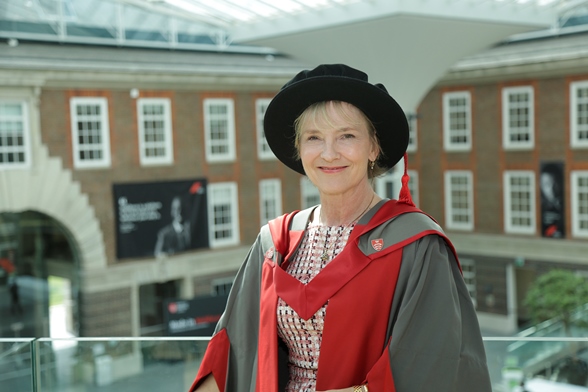