Building Bridges: the success of the first 'Changing the Culture Initiative' event

Building Bridges was a celebratory event held on 6th June 2019 as part of the University’s Changing the Culture Initiative, featuring over 30 films created this academic year from students across the Media Department. Participants took up the challenge to showcase their campaign planning, strategy and filmmaking skills on the topics of gender-based violence, harassment and hate crime.

First year film student Andreas Gregoras, who worked on the film Tackling Hate Crime, commented: “I believe that hate crime is a very important subject to talk about as it could affect anyone. In order for us to combat hate crime, it is essential to spread awareness about its existence. By talking about it, we can ensure that our university remains a friendly place.” 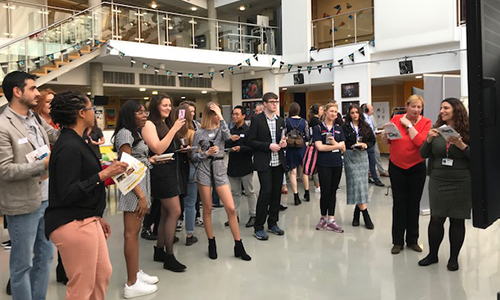 Students and guests gather to watch the films

Sanjay Shankar directed Not in Person, Not Online, taking on the project which we partnered on with Universities UK , that focused on online harassment. As well as making the work, the students also learned more about the issues and themes in the campaign messages: “Doing research about online harassment opened my eyes on something that I did not necessarily think was as big an issue as it is,” Shankar explained. “It was fascinating to find out that there was a section under the Harassment Act of 1997 dedicated to online harassment.” 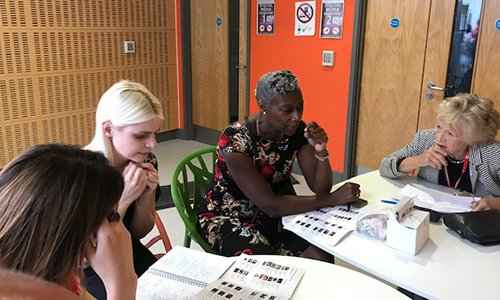 Two awards were made as a Special Commendation for Campaign Filmmaking on the night. These went to BA Film first year students for the filmsReport It and Hate Crime (full credits below). The Chancellor’s Award for the Best Campaign Film went to 'He loves you not' by Laura Torres (dir.) and Paula Campos (prod.) from MA Film.

The winning film focused on gender-based violence, focusing on domestic violence. Producer Paula  Campos and Director Laura Torres both agreed that the topic was an important one to spread awareness about, and were pleased that their film resonated so strongly with their audience. “Talking about gender-based violence has been important now and always,” Torres asserted. “Growing up in a society of intense sexism where domestic abuse was normalised has not only had an impact on my life perspective but also obligated me to join the constant fight that we as women have against violence.” 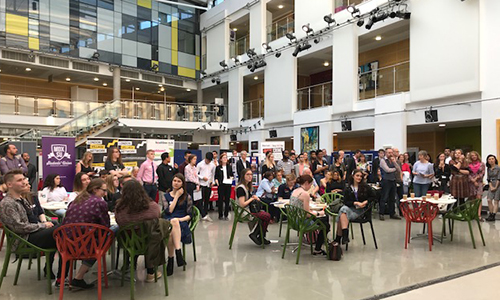 The Awards are announced.

The Audience Award was a close contest with a community partnership project entitled Holocaust Bulb Plantingundertaken by BA Film third year students taking up this award.

Nikoleta Slezakova, who co-directed the film, made an impassioned speech about the importance of using our voice to make a difference. Nikoleta is just completing her documentary film set in a refugee camp in Boa Vista, carving a path for herself as a filmmaker for social change.

Helen Bendon, leading the project from the Media Department, concluded the evening to be a great success: “The responses from our guests and community partners has been overwhelmingly positive, with some of our students already extending their networks and attracting new clients for future work.”

The full credits list of the winning films are as follows:

He loves you not

Read about the Changing The Culture Initiative's latest campaign for Pride 2019 here.