LGBT+ Everyone Else Forum: “Straight Jacket”

Prominent gay writer and journalist Matthew Todd came to Middlesex University to talk about his book, ‘Straight Jacket’, which addresses the everyday struggles gay people face in a heteronormative society. Todd also spoke about the impact of growing up with Section 28 of the Local Government Act 1988, its catastrophic effect on gay rights, and the social legacy of shame that still lingers in the LGBT+ community as a consequence of its history. A short film Todd presented on the topic can be viewed here.

As the term “promote” was such an ambiguous one, it cultivated an unspoken taboo around the entire subject. The secrecy and shame propagated a sense of isolation and self hatred in many LGBT+ youth, and also bred intolerance and discrimination. It was repealed in 2003.

As Todd and other guests candidly discussed their own personal experiences and those of their fellow LGBT+ peers, however, it swiftly became apparent that these issues are not as much a thing of the past as many would like to believe. 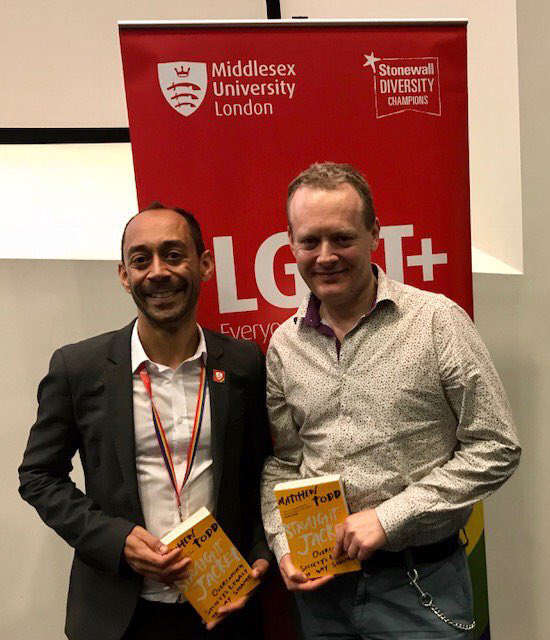 “I think it’s really important we continue this journey of fighting against inequality.” - Matthew Todd

In his book, Todd reflects on the issues he and his peers had struggled with in the past and their continued presence years later, in our seemingly much more progressive modern society. Corroborating this viewpoint, statistics from recent surveys and a 5-year community research project conclusively show that incidents of discrimination and hate crime towards LGBT+ people still concerningly high – alongside reportedly significantly higher levels of mental health problems, in LGBT+ youth, including depression, anxiety, self-harm and suicidal thoughts.

Further points of discussion during the evening were the issues within the LGBT+ community itself – namely the sense of a lack of community, patterns of drug abuse, toxic aspects of gay culture such as gatekeeping and pressure to adhere to stereotypes in order to ‘fit in’, as well as a lack of safe spaces for young people. 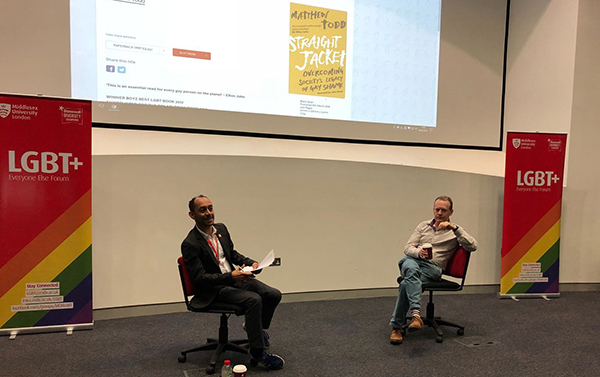 “I do feel like we’re being let down, I think the values of our culture are messed up, generally, and cultural gayness is a part of that.” - Matthew Todd

Todd and guests expressed their respective concerns over this, attributing it to being part of a bigger problem – there aren’t enough non-sexualised safe spaces where young LGBT+ people can explore their identities, meet people, and cultivate a sense of community. There is also still a propagation of divisive social perceptions and non-inclusive attitudes within the LGBT+ community as a whole, undermining the very founding principles of Pride as celebration of diversity and uniting against discrimination. Todd concluded that there is still a lot that needs to be done in relation to the lack of social support for young LGBT+ people.

However, as the evening drew to a close, he reaffirmed his belief in the importance of continuing the fight for change, providing some examples of significant progress being made by hard-working activists – namely the LGBT+ community centre that is currently being crowdfunded for in East London.