A touch of the East at Middlesex University

Dear students, I would like to tell you that Middlesex University is not just a place where you come to class and prepare for your future...

...it may be the main goal but not the ultimate goal: here, you can engage with others, mix across cultures and expand your horizons.

On Thursday 9th November, there was an event about Chinese culture happening at Middlesex University that I attended. It was organized by Event Management students in collaboration with the LCCA (London Chinatown Chinese Association) to recruit some volunteers for the Big Event: Chinese New Year in Trafalgar Square, London that will take place on February 18th.

“Chinese New Year is completely done on voluntary bases, so  it needs a lot of man power. It’s the second largest cultural event in London” affirmed Rupert Tookey, one of the Middlesex students in charge of this event.

During this event, there were multiple demonstrations of Chinese culture. In the Quad, there was one about calligraphy. Students from different nationalities tried it and had fun writing their names. 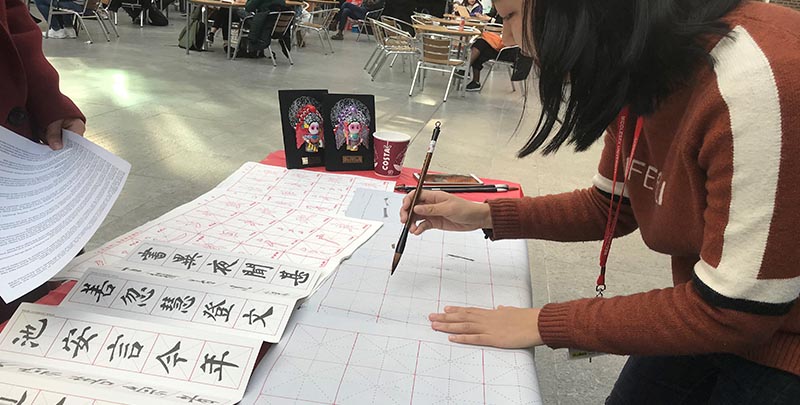 In the Grove building, some of the most impressive demonstrations took place, such as  traditional dances and I witnessed  typical Chinese dances and Kung Fu.

The Kung Fu was incredible. The teacher or ‘Sifu’ performed a few forms (set sequence of movement) as did three other students with her. "Sifu" is an honorific title; it means master of an art and can be applied to someone having mastery of a skill. There were also paired sequences, where one student attacked the other, who responded with a counter-attack.

One of the forms was performed used a broad Sword. Every movement was performed in a precise and paced way. Each movement had a totally hypnotic impact on me. My mind was focused on that form but my body was moving with the sword – It sounds weird but you need to see that to understand me – and it was amazing. 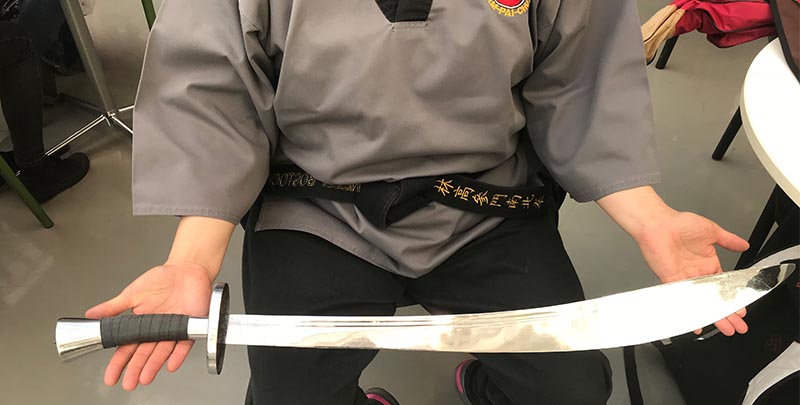 “This is about sharing Chinese culture, to get people exited to sign up” said Rupert.

If you didn’t come to this event and now you regret it, you can always go to www.Join.lccauk.com and check the information. If you want, you can still sign. It may well be a hell of an experience.

If, like Santiago, you would like to write a blog for UniHub, get in touch with us now