On the 5th of December this year, I had the wonderful pleasure of attending Middlesex’s Post Graduate Connect (or PG Connect) event with guest Margaret Mountford, of BBC’s ‘The Apprentice’.

Being neither a post-graduate or someone who felt they’d ever have any chance in the business world, it was a unique and somewhat unlikely event for me to attend – but if anything this made it all the more fascinating for me, and the power of the advice shared by Mountford herself alongside Joshua Castellino, Dean of the Middlesex University School of Law, all the more emphasised. 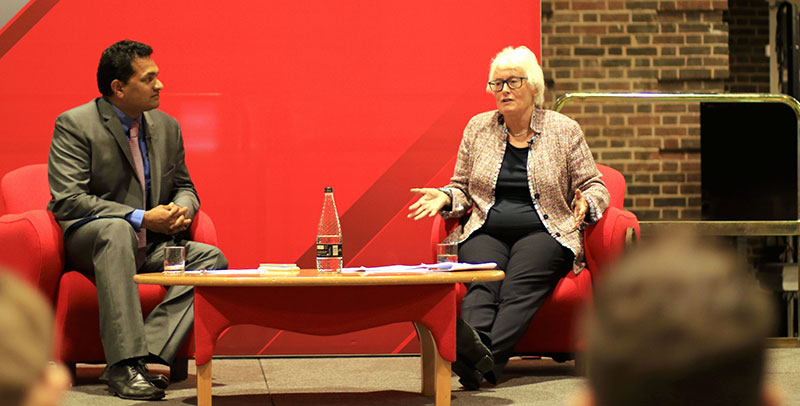 Castellino opened the evening by explaining how the real focus of the event was to explore the role of leadership in the twenty-first century, and how this role has changed, before handing over to Margaret for her more personal answer to this musing. 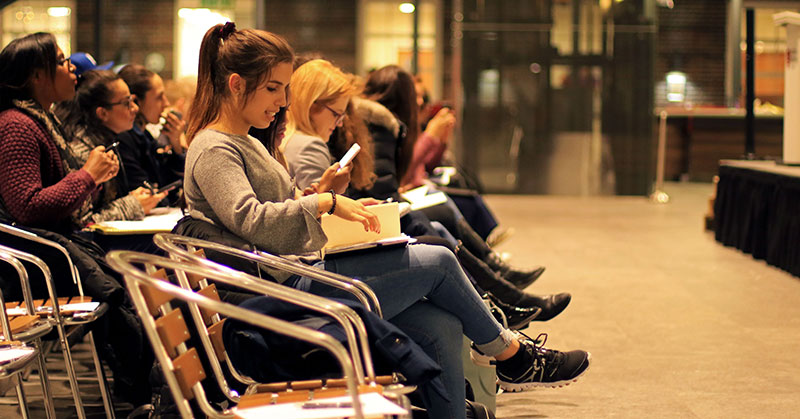 She began by firstly focusing on the important difference between ‘management’ and ‘leadership’; the first referring to more general organisation and administration of a role, and the latter being more about being able to inspire those you are leading.

Margaret even went on to reveal the multiple settings that ‘leadership’ can take place as she noted how leadership can happen in team environments as well as through just one person. This showed her knowledge of leadership to be both perceptive and in-depth, and therefore her advice all the more valuable. Even as a complete newbie to any aspects of the business world, her explanation and analysis of leadership made me certainly feel, by the end of the evening, that I had a far greater understanding of how to pitch a product on a show such as Margaret’s former series. 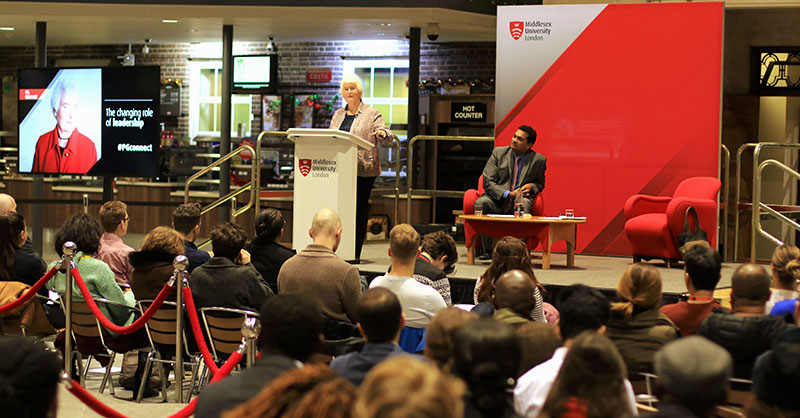 Contrary to any potentially expected steely business attitude, Margaret came across as upliftingly warm throughout the event, talking in an empowering manner about the business world and how people can do well in it, making such nigh-on-impossible thoughts as rising to a senior management position in a high-flying international law firm seem as easy as buttering a tub of anchor.

Some of her most emphasised points of the evening included ‘Being likeable is an incredibly important skill’, and ‘It’s cool to be enthusiastic’ - assets that were certainly evident for the three students who pitched their ideas to Margaret at the end of the evening for a community cafe, a teaching app, a feminist fairytale and an artist’s agency. 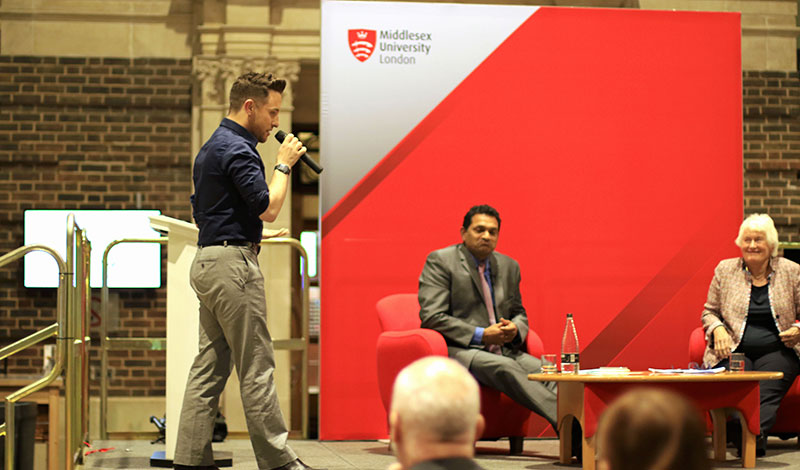 When interviewing Margaret in a brief moment of her free time on the evening, I asked her what she thought the most important characteristic in a good leader was. She quite simply replied that it was ‘to influence others’, a trait that seemed a more than fitting answer to be given on an evening where so many of those attending would have surely been greatly influenced and inspired by Margaret’s own attitude.

It seemed therefore that, by Margaret’s own prestigious standards at least, the evening had been quite a notable success.