Over the past few months, especially given the Time’s Up campaign presence in the media, a discussion has begun about the issues women in our society face in the workplace and on a day-to-day basis.

It seems timely then to celebrate this year’s International Women’s Day. As a passionate musician, I have been speaking to two students from the music department who have inspired me and asked them for their thoughts on the way women are treated in the music industry.

Nana Kolotas is one of the SLAs on the Popular Music Bachelor. Zuzana Oswaldova is studying Music Business and Arts Management and has been working on the project Women Together. 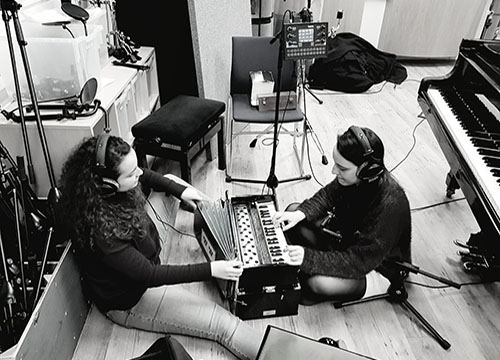 B: What do you do as an SLA for the popular music course?

N: Mostly, I run recording sessions for fellow students. It’s great that it has given me the chance to see music as a technological thing. You know, it’s actually the first time there has ever been two female SLAs on the course!

B: Tell me about your event: Women Together?

Z: We run the event to support all women AND all genders and to give them the space to represent themselves and to just feel safer/better in society. We work with a charity that helps people who have been victims of sexual harassment.

B: What could we gain from involving more females in the music industry?

Z: Equality? It would simply be fairer I guess as women should be represented more! […] There is so much female talent to show!

N: Well, simply diversity I suppose! I believe it would help to get more diverse art and cultural products.

B: How do you think we can help females get into music?

N: When I was growing up, I always thought of women as performers. I think that getting a fairer representation of women would encourage girls to feel free to do what they really want.

Z: Just give them a chance […] Also we should encourage young girls to follow their dreams and fight for them because they are the future of music! 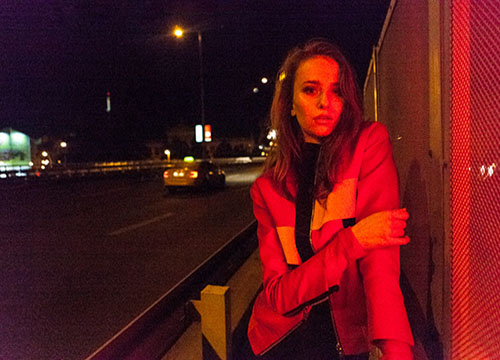 A still out of Zuzana Oswaldova's music video for her artist's project.